A collection of classic romantic tragedies: Romeo & Juliet, The Great Gatsby, and The Phantom of the Opera are celebrated with custom covers. The hand-lettered titles are inspired by important literary themes and tones in the novels. The cover composition is created from intricate details, textures, and specific colors relevant to the novels. 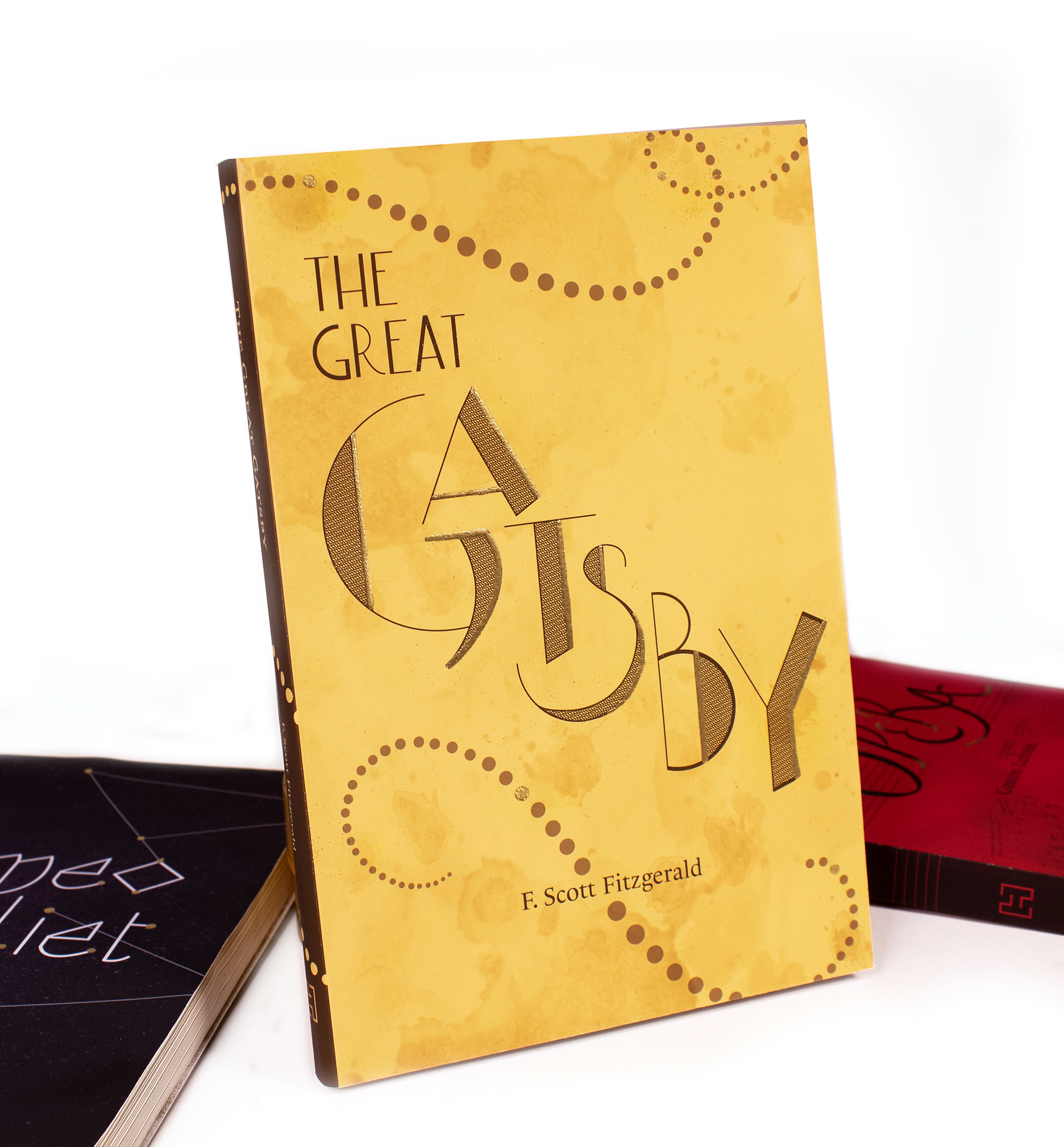 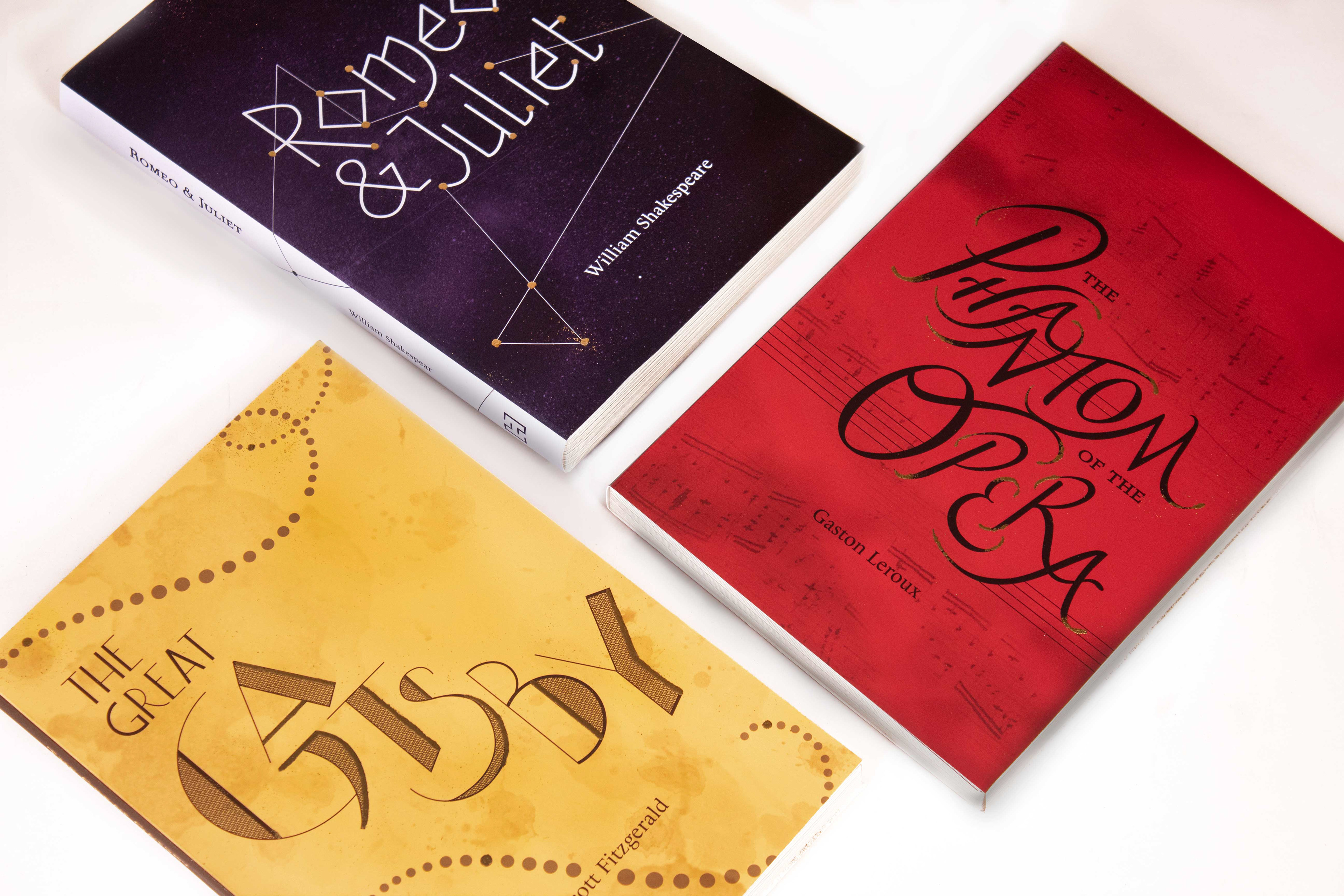 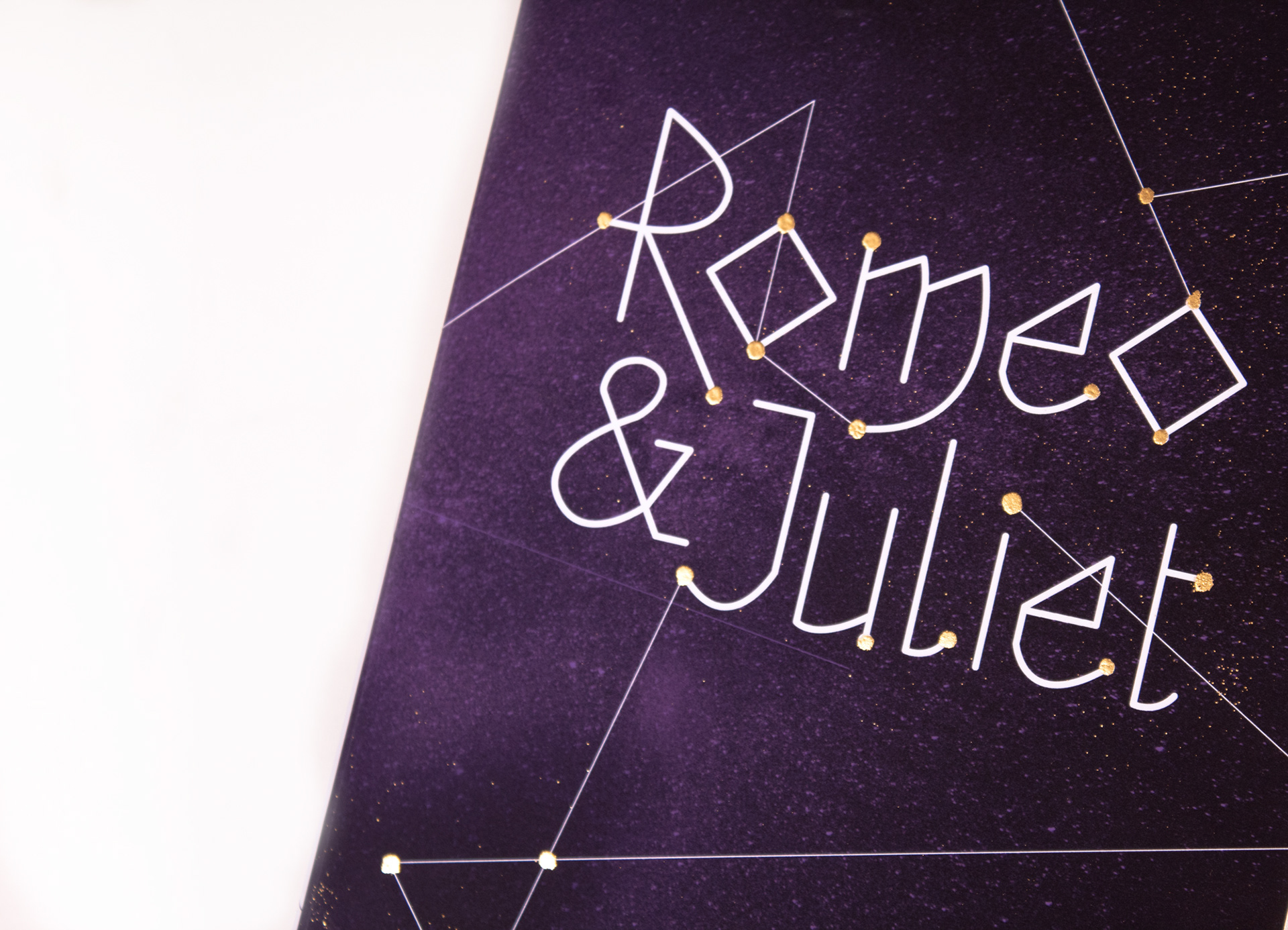 Concept & Process:​​​​​​​
Although these novels are from three very distinct time periods, they share a common theme of tragic romance. The novels are considered classic stories that have lived on for decades, thus creating an appropriate lettering and cover design is essential. My process began with creating lists of words and iconic details seen throughout the novels. I then narrowed down the lists and imagined how to translate the words and imagery into a lettering composition.
Phantom of the Opera has a lot of important imagery to experiment with. A few variations include referencing Phantom's ragged and torn fabrics in his living space, Phantom's letters thrown into water, and letterforms melting (like candles).
However, the final lettering was created with swift movement to resemble the quick expedience of the Phantom and tapered edges to reference gothic style and musical notes. The baseline of the letters shifting are influenced by the movement of music notes on a staff. Other elements incorporated on the cover design include smoke and handwritten music sheets in the background.
The Great Gatsby is a classic amongst the American stories. While experimenting with the lettering for this title, I was greatly inspired by the 1920's art deco typography but wanted to incorporate another element from Gatsby - the grandest theme in the story, the American dream. I integrated the pattern found on the backside of a one-dollar bill within the lettering.

The final lettering has exaggerated curves and letter proportions to references the extravagance of the story. The book cover design includes strands of Daisy's pearls and water-like stains in the background referencing Gatsby's fatal ending.
Romeo and Juliet, one of the most iconic love stories, was also approached in a few different ways. Upon my research, I learned about "Secretary Hand," a style of European handwriting developed in the early sixteenth century. Shakespeare was known for also having penmanship in secretary hand.  At first, I tried to stick with the authentic style, but then continued to explore other concepts.
After rereading the tale, I noticed how important the theme of night was to the story. During the nights, Romeo and Juliet would meet and it would be the only time to be their true selves. They wished for the night to be "everlasting". Shakespeare also coined the term "star-crossed lovers” in this fatal tale.
The Final lettering was influenced by constellation patterns, giving the classic a modern twist by referencing the nights Romeo would spend with Juliet and their star-crossed love. The cover also incorporates a night sky in the background and lines connecting the "stars" to the lettering.

From Atom to Entrée

Kaliedo Underpass Proposal
↑Back to Top

Insert copy here, which should vary depending on your region. Accept